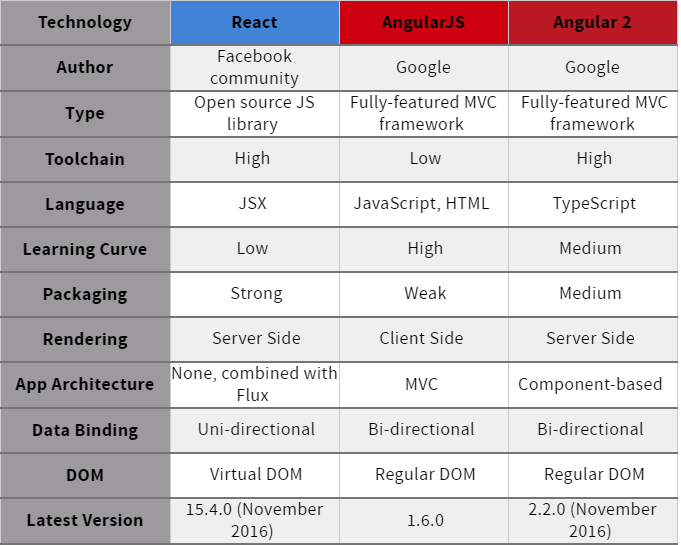 A React vs. Angular comparison is still a popular topic in 2020. React and AngularJS are both advanced, widely adopted JavaScript (JS) technologies that we use to create interactive single-page applications (SPAs). The number of JS tools for fast single-page application development is constantly growing, making the choice of which technology to rely on more challenging for us as web developers.

Both React and AngularJS are currently used by many business, news, and travel companies in the USA, the UK, Canada, France, Germany, Australia, and other countries. AngularJS has been included in virtually every list of top 10 JavaScript frameworks since its release in 2009. This Model–View–Controller framework has become extremely popular among web developers.

React is even more widely used by JavaScript programmers, although it’s actually a library, not a framework: the React library only has a View, but lacks Model and Controller components. So how did React became so popular? And how can we reasonably compare a framework (AngularJS) with a library (React)?

First, take a look at the React vs. Angular comparison in the table below.

Sharing Is Caring
If you knew Better Article Related to this topic, please share it in the comments

This Site is all about collection of best resources

Busy At Work?? Not Having Time To Know Whats Happening In Ruby World??

We will Send You Weekly Notifications About News, Jobs, Articls, Conferences etc..

How to quickly familiarize with any legacy Rails app
rails devops